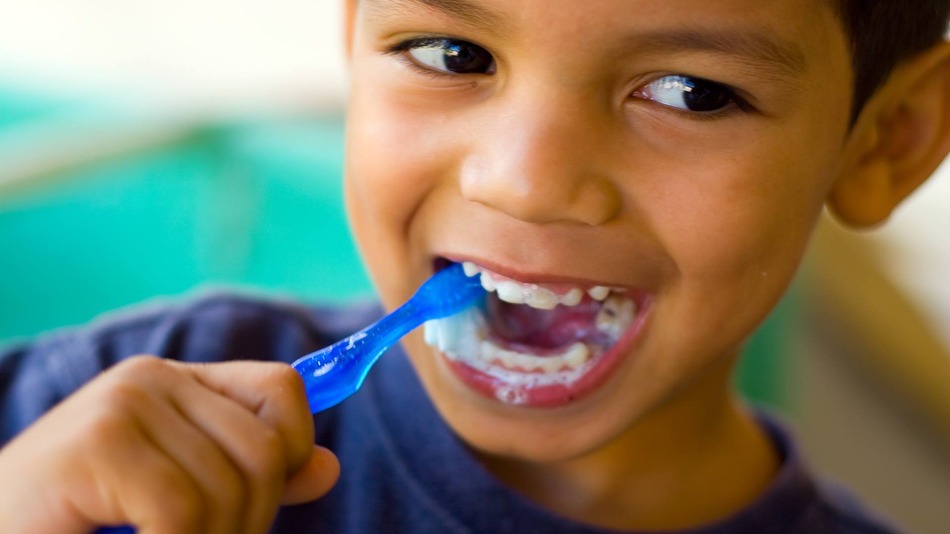 I’m frequently asked by patients who are new parents how they can introduce good oral care habits to their children. Some of the questions I come across include 1) When is a good age to start brushing? 2)How can I get them to be consistent and care about their teeth? I always stress that a child’s dental health is set in motion from a very young age. Tooth decay can develop any time after the first tooth comes in, starting around 6 months old, and good habits should begin even earlier. With that being said, its never too late to start.

Only 28 percent of American parents would give their kids an “A” grade for oral health, according to a new survey of American children’s dental health by Delta Dental. In fact, nearly nine of 10 parents (86 percent) say their children’s oral health isn’t as good as it could be. A majority of parents (51 percent) understand that oral care habits – rather than genetics or what their kids eat – are most responsible for their children’s oral health. Yet, almost one-third of children don’t brush twice daily, and 61 percent of children don’t floss daily. The Delta Dental survey indicates that these poor habits start early, and American parents may be contributing to their children’s tooth decay long before they can brush or floss on their own.

During summer months when school is out is a great time to start. Make a game out of it. Put on your child’s favorite song and have them brush until the song is over. This will ensure they are getting at least 2 minutes worth of brushing which is the recommended time. Also have them brush with you. Kids like to imitate their parents and play along so by seeing and including them in your daily regimen, they will create  lifelong oral health habits that can prevent all sorts of problems down the road including gum disease, gingivitis, tooth decay, etc.

Schedule your appointment with a few clicks!